Sunday September 6, 2020″ (RBB NEWS) – “The fight against the novel coronavirus in Africa may have reached another gear but claims of shadowy activities around funds earmarked for the crusade have persisted.The extent of the Covid-19 related thefts continent-wide runs into hundreds of millions of dollars, conservative estimates suggest. 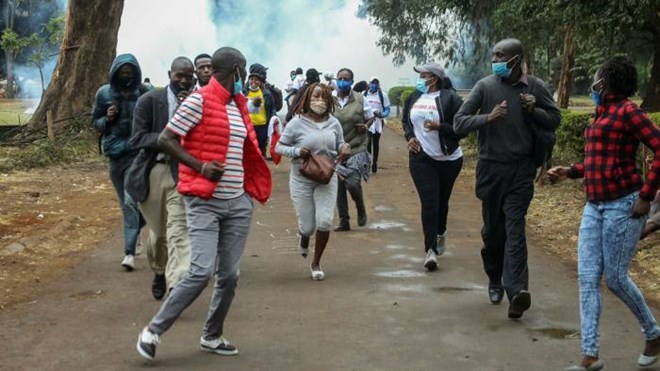 They include monies “hijacked” by mostly state functionaries from the procurement of personal protection equipment (PPEs) medical items for the treatment of coronavirus cases on the continent.

Since the global pandemic reached Africa, several countries on the continent have received millions of dollars in cash and kind to bolster health facilities and keep their struggling economies afloat as the coronavirus outbreak undermines businesses worldwide.

An article by the Tanzanian newspaper, The Citizen seems to shed some light into how funds meant to procure items to beef up health systems on the continent are guzzled up by the shadow state and their helpers outside government.

The paper singles out some of the best known cases South Africa, Kenya, Zimbabwe, Uganda, Somalia and Nigeria as some of the countries where alleged Covid-19 looters have thrived.

Given the aggressive nature of the demand for scrutiny, these continent-wide grafts could be exposed more and more.

“A theft epidemic is going hand in hand with the current pandemic in Africa and we should know which one will win in the end” says one Sudanese observer.

In South Africa, an outcry against looters of Covid-19 funds has grown more vociferous after it was found that political figures have been involved in the awarding of corrupt coronavirus tenders to supply of PPEs to government.

Under the scam suppliers of face masks admitted to inflating the price of the items by at least 748 percent.

With the country witnessing Africa’s biggest Covid-19 epidemic at 633, 000 cases, the South African state could no longer cast a blind eye to the obvious.

President Cyril Ramaphosa vowed a zero tolerance policy towards corruption, and would install mechanisms to reclaim all funds lost to corrupt Covid-19 tenders.

The Congress of South African Trade Unions (Cosatu) said while Ramaphosa’s righteous indignation is a good starting point, more must be done and this must include the immediate firing of anyone fingered in the graft.

In Nigeria, a country whose reputation has suffered tremendously over the last few decades thanks to the constant pilfering of state funds blamed on public servants,

At the best of times, the health sector of Africa’s most populous country has been perpetually beset by corruption thanks to the inadequacy of funds to run the sector.

State contribution to Nigeria’s health sector in 2020 is N427.3 or 4.5 percent of the total federal budget.

This is far short of the 15 percent threshold agreed in the 2001 Abuja Declaration for African Union member countries to increase contributions to their health sectors.

While not clearly related to Covid-19, Nigeria has been inundated with spurious tales of monumental corruption in a number of government agencies, including the Niger Delta Development Commission (NDDC), the Nigeria Social Insurance Trust Fund (NSITF) and the anti-corruption agency, the Economic and Financial Crimes Commission (EFCC).

This had led many to conclude that President Muhammadu Buhari’s dogged fight against graft is waning.

In Kenya, President Kenyatta in August sent his entire cabinet on leave as allegations of state corruption especially in relation to the management of Covid-19 funds persisted.

Kenyan police have been investigating the reported theft of donated items aimed at bolstering the country’s fight against the coronavirus.

The  medical items including Personal Protective Equipment (PPE) from China disappeared shortly after being flown into the country.

Attention was apparently drawn to the theft after a private television reported an unnamed firm with close ties to government officials, claiming the items which were donated by Chinese tycoon Jack Ma.

Health minister Mutahi Kagwe publicly acknowledged that his ministry habours corrupt officials who would be pursued and punished for depriving citizens the right to benefit directly or indirectly.

Moyo was named in a fraudulent deal for the acquisition of test kits and medical items without a proper tender  process outlined by the government.

He allegedly handed Drax International the contract to supply the materials without tender.

A senior official of the company was also detained over the case and released on a $50,000 bail bond by a magistrate.

Dhacdooyinka RadioBanadir - September 23, 2020
0
President Donald Trump on Tuesday attacked Rep. Ilhan Omar yet again for her Somali origins, saying the Minnesota Democrat is “telling us how to...