Saturday May 4, 2019 ( RBB NEWS ) – It’s a particularly bright morning in Hungary and Somali-born model, Kafia Mahdi, is strutting her stuff. Under the clear blue skies, standing against the white stone walls of a Budapest statue, and clad in leopard-skin prints that appear to blend in with her melanin-rich skin, the twenty-year-old fast-rising model is all smiles as she strikes pose after pose for a fashion shoot.

She looks happy, it seems like she’s living her best life – and maybe she is. But it could’ve easily been an entirely different story; one that may not have just as happy an ending.

Long before she found a glamourous new life in Hungary, she was an illegal immigrant who was fighting to stay alive as she crossed deserts and sailed waters while fleeing violence and forced early marriage in her homeland.

Life as a child in Qoryoley, southern Somalia, was as hard as it gets. Kafia lived with her mother, stepfather, and six siblings, of which she was the eldest. War had more or less become part of life in the area as any stretch of peace and quiet in the community did seem a lot like an anomaly.

And in the midst of all the chaos, her biological father was eager to see her get married at the age of 14, perhaps because of the dowry he was looking to gobble up. The decision to marry her off at that age seemed quite normal in those surroundings, and no one could object or fault it. Well, except Kafia herself who desired better.

Even though she was only in her mid-teens, she had developed quite some will and not even her father’s relentless pressure would make her budge. Kafia sought emancipation and education, and she was willing to fight for those. 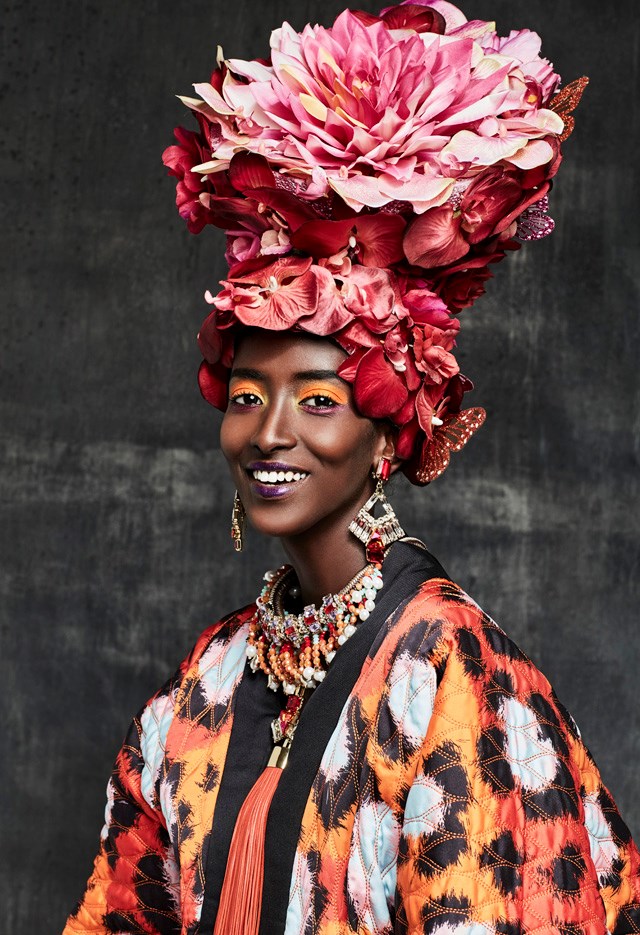 At some point, it seemed her father’s will would inevitably hold as she had no one in her corner who could make all of it go away. Or maybe she did have one person in her corner after all; herself!

To keep herself from becoming just another statistic – young girls who are forced into early, abusive marriages and who end up living in abject poverty and possibly battling venereal diseases – she opted to remove herself from the equation altogether by fleeing her home.

“In Somalia, the men order us around,” she says. “You can’t say what’s on your mind.” It was especially hard for her to leave her mother. “I was always mummy’s girl.”

But she did what she had to do lest she lived a miserable life. Kafia was 15 when she took the very bold step of running away from the clutches of her father. She had no idea where she was headed, but she did know she wanted to be far away from all that was happening back home.

So, she set off on a long, arduous, risky trip that lasted for nearly a year and could’ve even claimed her life. Displaying a will and desire that belied her age, she survived the perils of the journey but soon found herself stuck with other immigrants as they tried to cross from Serbia to Hungary.

“I didn’t know where we were,” she says. “I had no idea what language they (the border guards) were speaking. But I didn’t care. I just wanted to be in a safe place.” 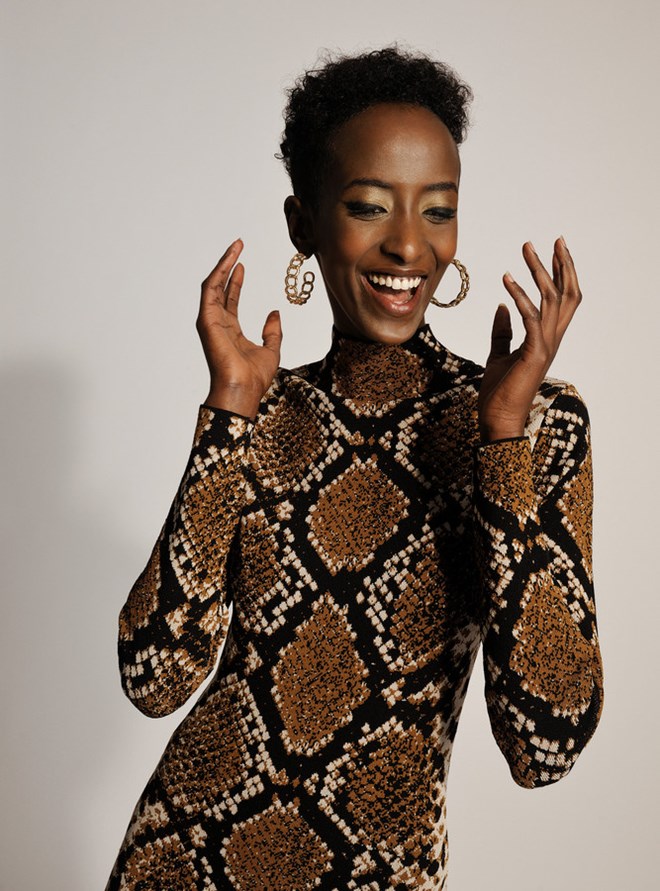 While at the border, the Hungarian authorities split the refugees into two groups, sending the older ones to reception centres while the younger ones like Kafia were taken into care. Kafia and other kids were moved to a centre in the town of Fot, near Budapest, This centre had, in communist times, been a big orphanage.

“I felt pretty bad,” she says. “There was only one other girl, also from Somalia, and at first we had to share accommodation with the boys. But the social workers were kind and I decided to make an effort. I started to learn Hungarian. When you speak Hungarian, you understand these people. They are straightforward and nice.”

Just as she was starting to get comfortable, then came another twist. Kafia was moved from the orphanage to a housing shelter for troubled teenagers in Budapest. She was the only non-Hungarian in the home and had to go through yet another readjustment. This wasn’t always easy.

“The other girls were screaming and fighting and cutting themselves. I wasn’t a naughty girl. What was I doing there? But they accepted me and I got on with my studies. I graduated in all subjects from high school.”

Throughout those years in the shelter, Kafia caught a lot of looks and got accosted on several occasions on the streets of Budapest by individuals who were possibly taken by her striking looks and were willing to offer her modeling jobs. She turned down most of those offers because she was skeptical about the whole modeling thing. Perhaps she’d heard things and was wary of being taken advantage of.

The offers kept finding her, though, and gradually, her mindset began to change. Kafia eventually took a modeling job with an agency recommended by friends and she was being paid to model for designers, magazines, and hairdressers. That was the first step on a journey that has seen her become a top model in Hungary, though she’s wont to consider herself a star celebrity at this point.

“I was always interested in beautiful things,” she says. “Back in Somalia, I liked the colourful textiles. We wore little scarves that were soft, see-through and elegant. It didn’t have to be a heavy burqa.” 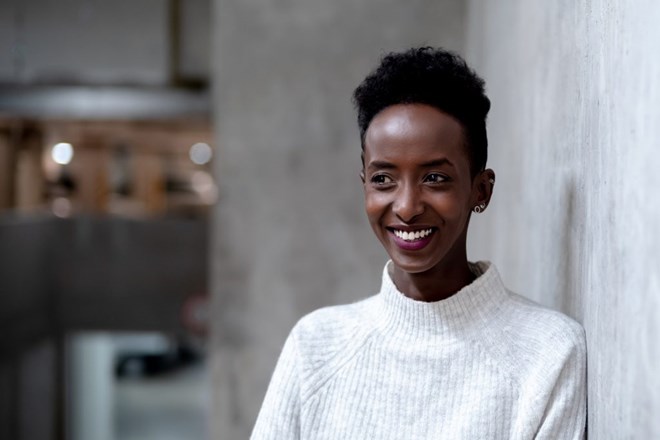 Apart from modeling, Kafia earns extra money checking tickets at a cinema and putting in work as a receptionist at a magazine. As the importance of honing other skills besides modeling is not lost on her, she’s taken up language studies.

A documentary film chronicling Kafia’s journey from child refugee to fashion star has since been put out by Hungarian director, Dorottya Zurbó. “Easy Lessons” (“Könnyű Leckék”) shows Kafia at school and kicking off her modeling career. It looks like all is well at face value but deep down, Kafia misses her mother and her culture in Somalia.

The documentary was two years in the making and it shows Kafia studying, doing sports, learning to swim, wearing Western clothes and even going ballroom dancing. The story is interspersed with monologues in Somali; some evidence of her homesickness.

The final scene shows Kafia wrapping herself in a headscarf as she’s about to connect for a video call with her mother back in Somalia. How can she explain her new lifestyle? 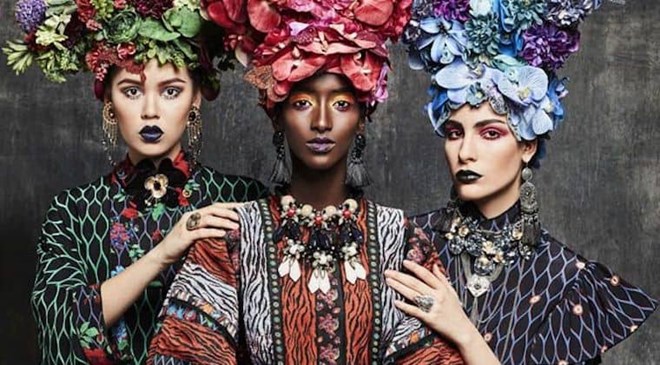 “I’m so afraid,” she tells her mother through the film. “If you knew what I do, what would you say? Would you despise me?”

At the premiere of the film, Kafia, clad in a leather skirt and long earrings, can be seen accepting hugs and congratulations with a beaming smile, but she remains well aware of the emotional cost of the success she’s so far enjoyed in Europe – a success that is the culmination of a difficult journey that began with small, painful steps and some dangerous living too.

In any case, she remains modest about her achievements. Kafia Mahdi hopes to inspire refugees with her story and fill such individuals with the belief that they are capable of doing anything and becoming anyone.