Tuesday September 8, 2020 “By Gabe Ulla “Food entrepreneur Hawa Hassan’s new book, In Bibi’s Kitchen, shares the stories and recipes of matriarchs from her native Somalia and other African nations.

I wanted to make the world smaller for people,” says Hawa Hassan, 34, of her decision in 2014 to become a food entrepreneur and tell stories about Somalia, where she was born. She felt compelled to revisit her origins, which she says she slowly lost touch with after she arrived in the United States at the age of 7, alone, in 1993.

Hassan’s mother, given the chance to send one of her 10 children to Seattle, chose her eldest daughter. Hassan grew up with fellow refugees, who were family friends, and then lived with a friend’s parents. She was attending Bellevue College when she was scouted by a modeling agency. The job eventually took her to New York, where she has lived on and off since 2005.

“I had been doubling down on everything except being Somali,” Hassan recalls. Gradually, she realized she could use food to spark conversations and challenge rote refugee narratives. She came up with the idea for a line of sauces and chutneys, which launched as Basbaas Somali Foods in 2015.

In creating Basbaas, Hassan drew up a business plan, which included a future goal: to write a cookbook of recipes from African women elders. “I wasn’t seeing people who looked like me being spoken to,” Hassan says.

“Even when male chefs with TV shows do visit these countries, they often have other men speaking to traditions that were developed by women.” This October, her plan comes to fruition with In Bibi’s Kitchen: The Recipes and Stories of Grandmothers From the Eight African Countries That Touch the Indian Ocean, which profiles nearly 20 women from Eritrea, Somalia,

Kenya, Tanzania, Mozambique, South Africa, Madagascar and Comoros. Hassan found each bibi—the Swahili word for grandmother—by drawing on the global community she has built over the years.

The book’s 75 dishes offer lessons in each nation’s economic and political histories. For example, suugo suqaar, from Somalia, part of which was once an Italian colony, resembles a pasta with ragù in all but one respect: a particular depth derived from the spice blend xawaash. Hassan and her co-author, Julia Turshen, often transcribed the recipes by sight during video calls and tested them afterward.

Nairobi-based photographer Khadija M. Farah visited almost all of the women at their homes. “We paid her more than we paid everybody else, and we also compensated the bibis,” Hassan says. Samin Nosrat, the chef and author of Salt, Fat, Acid, Heat, says of Hassan, “Talking to her I felt the emotional weight and care she held carefully in her hands. Each grandmother. She held their stories.”

All but two publishers turned down Hassan’s book proposal outright—and only one, Ten Speed Press, wound up at the negotiating table. Those who passed cited the project’s outsize ambitions, Hassan says. She suggests there is more to it: “I don’t think the right people were [working] in these [publishing] houses, and I still don’t think they are.” 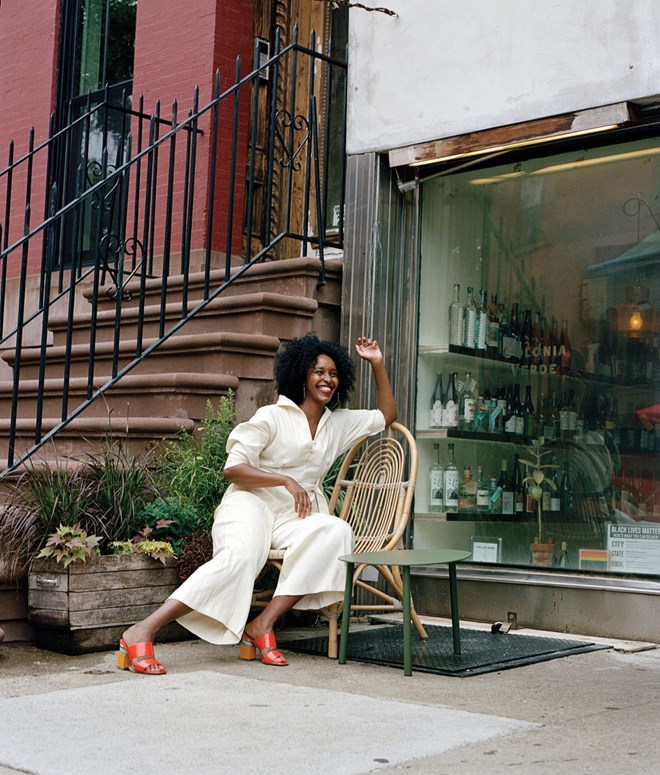 This summer, long-simmering criticisms of racism in the food-media industry reached a boiling point. Particularly contentious were allegations that Bon Appétit was not fairly compensating people of color for their appearances in its Test Kitchen video series. Hassan, who had hosted three such videos as a freelancer, says that despite the fact that each installment received more than half a million views, she was offered little path to advancement and often felt tokenized. (In a statement, Bon Appétit defended its compensation policy and said it is dedicated to creating a diverse, inclusive and equitable workplace.)

“My whole entire life has been about presenting myself in a palatable way,” Hassan says, “even though I have never not been myself.” She considers service to others an essential part of that identity.

In March, as the pandemic hit New York City, she worked with Brooklyn restaurant Colonia Verde to create a program that provided meals to employees across three hospitals and to the youth-focused Brotherhood/Sister Sol nonprofit, based in Harlem. They continue to deliver food to the Harlem program every Wednesday.

She is now at work on a proposal for a book about how civil war impacts people and their foodways. It will not be focused on African nations. “My perspective has been shared, and I’m going to move onto something else,” Hassan says. But she hopes that In Bibi’s Kitchen opens the door for more stories about Africa—told by others, without having to tailor their message to anyone.