Monday August 31, 2020″ PORTLAND, Maine — Asha Muse said she likely will feel some comfort knowing that her brother’s killer will soon be sentenced to prison. But it won’t erase the pain her family has endured since her 22-year-old brother Isahak Muse was shot and killed during a fight at his girlfriend’s family home in March 2019.

Under state law, Mark Cardilli Jr. faces a mandatory minimum sentence of four years in prison because the killing involved a firearm. He faces a maximum of 30 years in prison, plus probation.

At his trial, Mark Cardilli Jr. argued that he acted in self-defense when he shot the unarmed Black man multiple times with a pistol at close range.

“You can’t teach people that if you don’t like someone who was invited into your home then you can kill them,” she said.

“I can never not hear my brother’s voice saying, ‘Why are you hurting me?” Asha Muse said, referring to a video clip taken from a surveillance camera the night of his death.

The clip was submitted as evidence during the trial for Mark Cardilli Jr., who will be sentenced in Portland on Monday after a judge found him guilty on a single count of manslaughter late last year for his role in killing Isahak Muse. 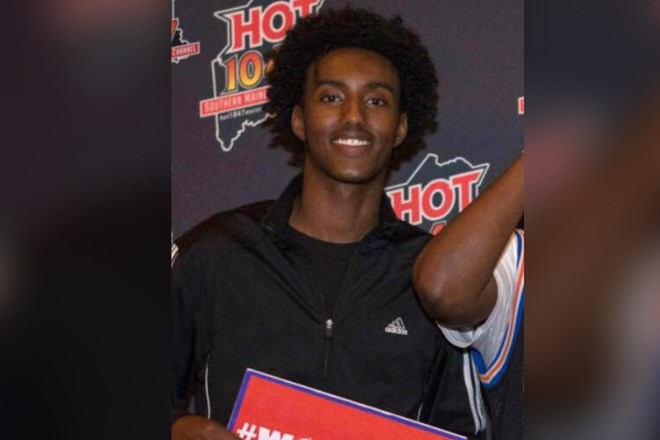 The youngest of seven children of parents who came to the U.S. from Somalia, Isahak Muse was born in Portland and attended Deering High School. Isahak Muse had been dating 17-year-old Chelsey Cardilli for nearly a year before her older brother fatally shot him in the early morning of March 16, 2019.

As the sentencing for Mark Cardilli Jr. draws near, Asha Muse described how her family’s world has changed since her brother’s killing.

“We felt the system was on our side [before],” Asha Muse said. “Our community believed in the rules that were in place.”

But now, their belief in that system has been ruptured, she said. Nearly 18 months after her brother’s death, Asha Muse said she finally understands the Black Lives Matter movement, which has sparked uprisings over the killings of other unarmed Black Americans, including George Floyd and Breonna Taylor.

“What I’m seeing now is that I didn’t get it [before],” she said about the movement. “The change that they want is change that all people can actually see.”

Isahak Muse had been a regular guest at the Cardilli family’s home. At the time of his death, Mark Cardilli Jr. had been staying there for a few days after coming home from the U.S. Army.

Before the fight broke out between them, Mark Cardilli Jr. and his father had asked Isahak Muse to leave the house. He refused.

Mark Cardilli Jr. retrieved a pistol from his room, hoping it would scare Isahak Muse into leaving the home, but after Isahak punched Cardilli, he fired three shots at Muse’s back.

Isahak Muse died at the scene.

Even after the guilty verdict was reached in the high-profile case in December, the Cardillis and Muses are still clashing about what happened that night.

There is an open investigation into possible witness tampering, according to reports filed by Mark Cardilli Jr.’s defense attorney. Meanwhile, Asha Muse said she’s still combating stereotypes and mistruths about her brother.

At the trial, defense attorneys pushed members of the Cardilli family to recall whether Isahak Muse wore the hood of his sweatshirt over his head during the altercation the night he was killed. Some witnesses exaggerated Isahak Muse’s size, saying he was an imposing 6’1, 175 pounds. He was 5’9” and 139 pounds, according to an autopsy conducted by the state’s medical examiner.

“He was not a thug. He was a sweet boy. He was my brother,” Asha Muse said. “People will never know the love my family had for Isahak.”

To her, the character attacks and embellished accounts are attempts to substantiate a danger that wasn’t really there.

And they wouldn’t be applied to a white kid in the same situation, she said.