Black immigrants are changing the Minnesota political landscape at a pace never seen before. “Barely four years ago, the highest-ranking elected official in the community was Abdi Warsame, a Somali immigrant who was sworn into the Minneapolis City Council in January 2014.

In the DFL August primary, a few more Black immigrants emerged victorious. Among them are 30-year-old Omar Fateh, who will likely win a seat in the State Senate; and 35-year-old Esther Agbaje who secured another likely spot in the State House.

The surge in the number of Black immigrants seeking elected positions is conspicuous not only in the Twin Cities metro area. It’s also taking place outside the metro area, in cities like Mankato, St. Cloud and Austin.

State demographer Susan Brower points to two factors possibly contributing to the surge: First, the current political climate—especially the anti-immigration rhetoric of the Trump administration—is propelling them into action. Second, immigrants who came to Minnesota decades ago have now become more established and are stepping up to serve their communities.

In a sense, these new immigrant politicians are running for office based on the civic values that first brought them here: equality, inclusivity and opportunity. And yet they’re doing so at a time when the current president and many of his followers seem to have rejected immigrants and immigration as an American priority.

So what happened in immigration policy decades ago to open the state—and the country—to immigration from Africa? And what changed since then?

The first half of that answer is surprisingly straightforward. Near the beginning of his presidency, Lyndon B. Johnson signed the Immigration Nationality Act of 1965, which opened the doors to non-European immigrants. But he could not have foreseen the full magnitude of the impact the law would have on places like the Twin Cities and beyond.

Moments before Johnson signed the landmark immigration reform bill into law on Oct. 3, 1965, at the foot of the Statue of Liberty in New York, he downplayed the effects the legislation would have on the United States. “This bill that we will sign today is not a revolutionary bill,” he reminded Americans during the signing ceremony. “It does not affect the lives of millions. It will not reshape the structure of our daily lives.”

The president was wrong.

The legislation, also known as the Hart-Cellar Act, has affected millions of lives. It’s changed the demographics of metropolitan areas across the nation. It’s driven population growth as birth rates slow for Americans. It’s provided a steady stream of labor for emptying American farms and factories.

And now, in Minnesota, it’s drawing more Black immigrants to seek political seats in federal, state and local governments. Since 2016, according to an unofficial headcount by Sahan Journal, at least 50 African immigrants have run for public offices in Minnesota.

“Democracy works when people get involved,” said Yakasah Wehyee, a Liberian-born Falcon Heights councilman and a Ph.D. candidate at the University of Minnesota. “Our country is increasingly becoming much more diverse than it has ever been. I think it’s important to have people in elected office that reflect those demographic changes.” 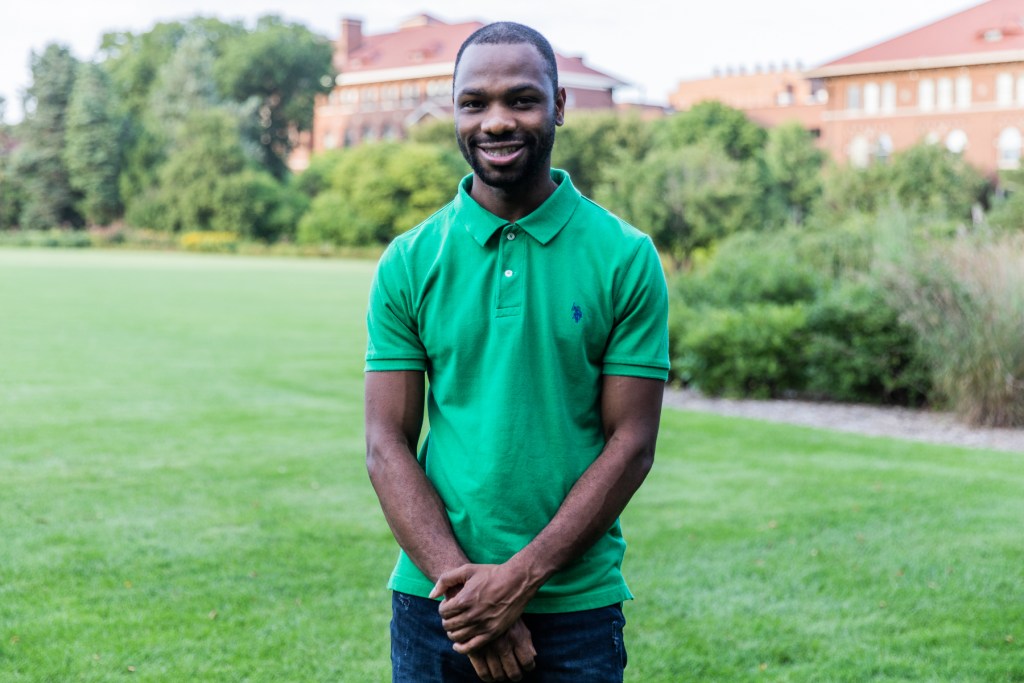 Before the passage of Hart-Cellar 55 years ago, the U.S. government favored immigrants from Western and Northern European countries, following the Immigration Act of 1924. That meant, people from places like Africa, Asia and Latin America were legally excluded from the country.

Then in 1965, Congress and the Johnson administration repealed the racist immigration law to make way for immigrants from non-European countries. The motive behind the immigration reform, however, wasn’t a sincere interest in restoring justice. It grew, in part, out of Cold War political calculations.

University of Minnesota immigration history professor Erika Lee expounds on this theory in her book The Making of Asian America: A History. “At a time when the United States emphasized its virtues of freedom and democracy over the totalitarianism of communism,” Lee writes, “the unequal treatment of immigrants based on race exposed the hypocrisy in American immigration regulation.”

An effort to reform the restrictive policy emerged during the John F. Kennedy presidency. But the 35th president didn’t see his effort come to fruition. In 1963, barely three years into his first term, JFK was assassinated.

His successor, Johnson, took the helm to dismantle the Immigration Act of 1924. And he succeeded. In a ceremony at the Statue of Liberty, Johnson laid out the case against the old rules:

This system violated the basic principle of American democracy—the principle that values and rewards each man on the basis of his merit as a man. It has been un-American in the highest sense, because it has been untrue to the faith that brought thousands to these shores even before we were a country.

Johnson painted the U.S. as a nation of immigrants, even though the country had long applied restrictive policies that barred people deemed “undesirable.” That category including Italian and Eastern European Jews, as well as Irish and Chinese immigrants. “Our beautiful America was built by a nation of strangers,” he said. “From a hundred different places or more they have poured forth into an empty land, joining and blending in one mighty and irresistible tide.”

Johnson’s words echoed many that had come before. Thomas Paine, the British-American philosopher, declared America “an asylum for mankind” in his book Common Sense. Emma Lazarus, in her widely celebrated poem “The New Colossus,” described the U.S. as a home for the “huddled masses yearning to breathe free.”

JFK, in his 1958 book, A Nation of Immigrants, portrayed the U.S. as a city upon a hill: “In my mind, it was a tall, proud city built on rocks stronger than oceans, windswept, God-blessed, and teeming with people of all kinds living in harmony and peace; a city with free ports that hummed with commerce and creativity. And if there had to be city walls, the walls had doors and the doors were open to anyone with the will and the heart to get here.”

Departing from the professed ideology of Kennedy and Johnson, Trump has made an immigration crackdown into his signature policy: He signed an executive order banning travelers from Muslim-majority countries; he called for building a wall along the U.S.-Mexico boarders; he functionally ended asylum for those feeling violence; he backed away from DACA and a path to permanent legal residency for nearly 650,000 young Americans; he restricted legal immigration and intensified deportation enforcement.

But many Minnesota immigrants still believe in America’s self-image as the land of the free and a sanctuary for the masses fleeing violence, tyranny and persecution in other parts of the world. To fill the void that the current administration has left, Black immigrants are running for political seats in Minnesota in high numbers.