Thursday October 4, 2018 (RBB NEWS) – South African schools will teach Swahili alongside other non-African languages such as Mandarin, French and German. Proponents hope it may one day become a lingua franca for the African continent.

One of Africa’s most widely recognized languages, Swahili — also known as Kiswahili — will soon be taught in South African classrooms, in a move which hopes to promote greater social cohesion among Africans, as well as offer more opportunities to Swahili-speakers from East African countries.

The South African Minister of Basic Education, Angie Motshekga, made the announcement in September. “There are currently 15 non-official languages listed in the national curriculum statement as optional subjects,” she told Sowetan Live, “These include French, German and Mandarin. There is unfortunately no African language in the list.”

Until now, that is. Swahili — like Zulu and many other South African languages — is an agglutinating language and shares many similar features in terms of word formation and grammatical structure. The exact number of Swahili speakers is unknown, but it is often accepted as one of the most widely spoken languages in Africa and is recognized as an official language in Kenya, Rwanda, the Democratic Republic of Congo (DRC), Uganda and Tanzania.

Those who support the move hope Swahili will gain further ground on the continent and even become a new lingua franca for Africans.

South African politician and leader of the Economic Freedom Fighters (EFF), Julius Malema, recently called for Swahili to become Africa’s common language. Though the reaction to his comments was mixed, many seemed to agree with his message.

“Swahili has the power to expand to countries that never spoke it and it has the power to bring Africans together,” Malema said. “It is also one of the official languages of the African Union. We are confident that the teaching of Swahili in South African schools will help to promote social cohesion with our fellow Africans.”

But with the roll-out date set for 2020, Motshekga warns that the plan will not come easy — or cheap.

“It’s going to require a number of things to be put in place, the time allocation to curriculum, the resourcing — but also mainly the training,” she said. 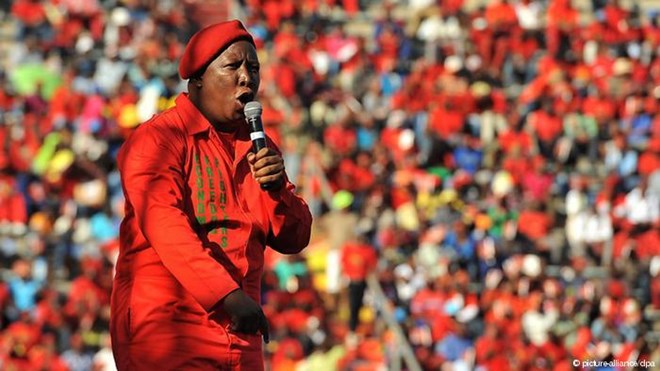 So what do Swahili speakers think? Unsurprisingly, many are excited at the prospect of their language spreading further across the continent.

“We are really happy that South Africa is actually taking Swahili as a language and introducing it in schools,” Laurent Daphne, a 25-year-old student from the DRC told DW. “We hope this will allow us to talk to lots of people from lots of different countries and share more things with them in the future.”

Sanelisiwe Ngidi, a young South African, isn’t worried that it will pose a threat to other languages, jobs or the culture of South Africans. 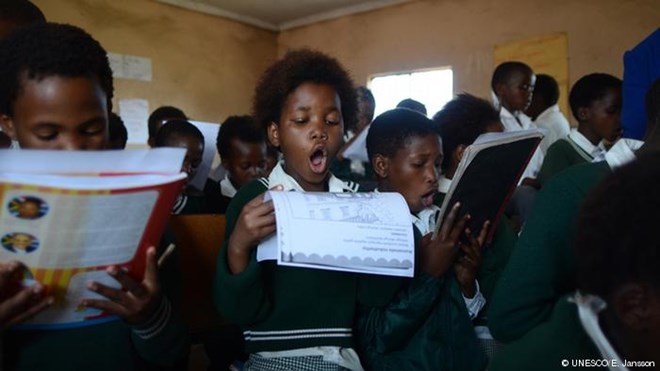 But not everyone thinks introducing Swahili to South African classrooms is a good idea. Peter Siyanweo is currently unemployed, and believes the government should be spending its money elsewhere if it wants to help the young generation.

But Sipho Mutema, a teacher and principal at the Christians’ Institute of Learning in Hilbrow, Johannesburg, thinks an increase in the number of Kiswahili speakers could be very useful in the long run and help combat the increase in xenophobic violence across South Africa.

“I think it will bring [a sense of] togetherness, African-ness,” he told DW. “South Africa is known as a diverse country with a lot of languages, a lot of people, a lot of colors.”

Benoit Nzokizwa, a researcher and doctorate student from Burundi, says there is no better language than Kiswahili to bridge the growing social divide in South Africa.