After a frantic search for Bushra Abdi and Zeynab “Hapsa” Abdalla ended with the discovery Sunday evening, family and friends who stood vigil prepared to gather again to bury the women.

Still, there are unanswered questions about what happened after the women got into their car together and before it submerged into the freezing pond, along with what caused their car to veer off the road at the intersection of Hwy. 41 and White Oak Drive early Sunday morning. The deaths remain under investigation by the Chaska Police Department.

“But we know that answers aren’t going to bring my sister back,” said Rahma Abdalla, sister of Zeynab Abdalla. “Her life is lost forever. That doesn’t seem real.”

The deaths have rocked the Somali-American community, said Jaylani Hussein, executive director of the Minnesota chapter of the Council on American-Islamic Relations.

“This is probably the most shocking event to hit this community in a long time,” he said.

Friends and family contend that the women’s early morning plea for help via a cryptic 911 call warranted more urgency than they believe police initially showed.

“I am very frustrated with authorities with how they responded,” said Habsa Abdi, sister of Bushra Abdi. “I felt like they brushed it off.”

Police disagree, saying they acted promptly and worked the case from the moment they learned of the emergency call until the bodies were found. Within about an hour of the disappearance, investigators visited Abdalla’s home and inquired about the women’s welfare, said Capt. Craig Robson of the Shakopee Police Department.

“This idea that we didn’t do anything, that’s uninformed,” Robson said. “We were on this thing immediately, and we were not dismissive of it.” 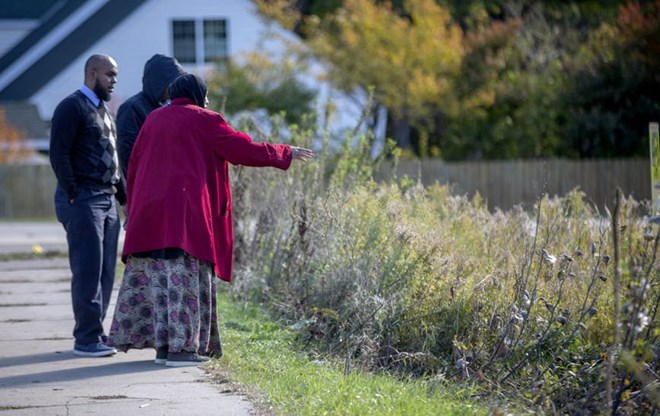 Members of the Somali-American community arrived at the scene to look over the small pond where the bodies of Bushra Abdi and Zeynab ìHapsaî Abdalla were found in a car at the site near Hwy. 41 and White Oak Drive, Monday, October 15, 2018 in Chaska, MN. ELIZABETH FLORES – Star Tribune

Chaska police, who took the lead on the case, declined an interview request but sent a news release stating that this was an active investigation. But Robson said neither agency had approached the case as if the women had run away, as some family members suspected.

Abdi and Abdalla went missing early Saturday morning after Abdalla left her Amazon job in Shakopee and drove to pick up Abdi at her workplace, a Chaska nursing home, at 2:47 a.m.

The cousins and best friends met up during work breaks and were likely running to the gas station to get snacks, family members said.

The two had been working night shifts, family members said, to earn extra money to buy cars. According to the Department of Motor Vehicles, Abdalla, who was driving her family’s Chevrolet Impala, didn’t have a driver’s license or a permit. Abdi had her driver’s permit.

Family members and community leaders believed police didn’t pick up involvement until they organized their own search of the area on Sunday afternoon, meeting up at the Chaska Event Center to search in cars and on foot.

“It felt like we were doing the investigative work,” Rahma Abdalla said.

Multiple agencies responded to the area Sunday night after tire tracks were spotted leading into the pond. Rahma Abdalla said community members discovered the tracks during their search and alerted authorities.

After that, hundreds of Somali-Americans watched and waited as a car was discovered deep in the water. Eventually, both women’s bodies were found. Their identities were confirmed Monday afternoon, and their deaths were ruled an accidental drowning by the Anoka County Medical Examiner.

Robson noted that one initial challenge was that the cellphone that made the 911 call wasn’t registered to either of the women, but to an unrelated third party, possibly due to the reassignment of the phone number. 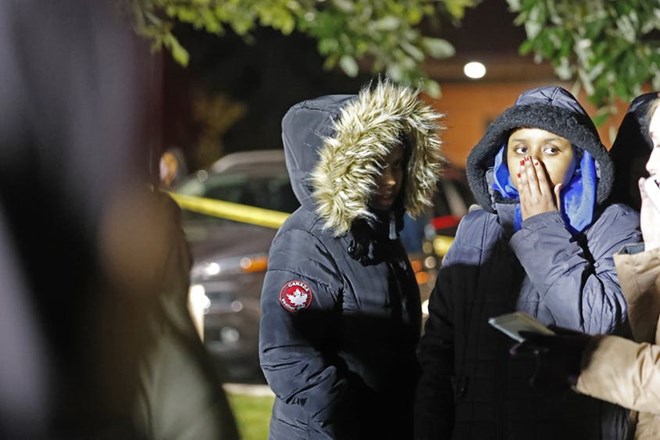 Members of the Somali community grieve at the scene. Leila Navidi – Star Tribune

“I think what you’re hearing from people is their emotion — it’s a terrible incident,” Robson said. “But to say that the police didn’t take it seriously … that’s completely false.”

While the shock and questions continue to reverberate, family members said they will lean on each other as they turn toward saying goodbye.

“We’re just mourning, trying to accept it,” Habsa Abdi said. “These were two people that loved each other who died together. We’re taking it step by step.”

Services for the women are scheduled for 1:30 p.m. Tuesday at the Islamic Institute of Minnesota, 1351 Riverwood Drive, in Burnsville.